vEmpire DDAO, is undoubtedly one of the first movers in the metaverse, long before it become a household name.

Set in the Roman mythology universe, around the time of brothers Remus and Romulus, vEmpire: The Beginning is a 2-player trading card game.

Following the death of their father, the two brothers fight for the leadership of the empire. Each has his own army and abilities.

The game players are forced to pick a side in their effort to come out victorious.

How To Play vEmpire: The Beginning

At the start of the game, you the player chooses which side (faction) you would like to play for. The system will then automatically match you up with an opponent from the other side.

Remember, the two sides are Remus and Romulus.

At this early stage, you also decide how much $VEMP tokens you want to play for. After placing your ‘bet’ and selecting your risk factor, the total $VEMP tokens up for grabs in the battle will be determined.

There are up to 40 faction-specific cards and 12 universal cards. A player selects 25 cards from their deck when preparing for battle, and this constitutes their legion.

Then, each player is randomly assigned 15 cards from their legion. The remaining 10 cards become part of their ‘Battle Deck’.

In the game, some cards come with the ability to access battle deck cards, and also other cards that may not have been assigned originally.

To start the game, a coin flip is done, and the winner gets to play the first card. Like other card games, the two players then alternate until the game comes to an end by mutual consent, or until the cards run out.

There are a total of 3 rounds, and the cards are not replenished. Instead, all cards on the battlefield are sent to the discard pile after every round, and the subsequent rounds are played with the cards remaining in the player’s hands.

A player must therefore be prudent and tactical in how they use their cards, because running out before all the rounds are over means they forfeit the game.

How to win on vEmpire: The Beginning

To secure a win, you must end the rounds with a higher overall strength on the battlefield than your opponent.

Note that choosing to end a round on your own does not prevent your opponent from continuing to place cards, until they also choose to end the round.

Here’s a video walkthrough on how to go about playing.

Advantage of Founding Soldiers NFTs on vEmpire: The Beginning

As a holder of a Founding Soldier NFT, you can have an advantage on the battlefield, increasing your chances of winning.

Officially, the NFT will give you a boost, but “the significance of the boost will not be overpowered and strategy will still primarily dictate the winner.”

To utilize your Founding Soldier NFT, you need it to be located in the same wallet you are playing with. The in-game card will automatically be replaced by its NFT counterpart.

If you are interested in these boosts, you are in luck because the NFTs can be purchased on OpenSea.

Check out everydayNFT Gaming to keep up with the latest in P2E games. 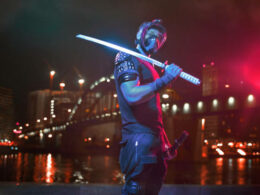 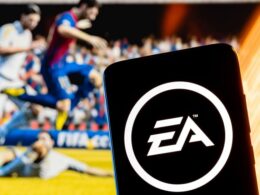 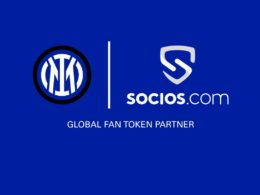 Explained: What are Socios Fan Tokens? 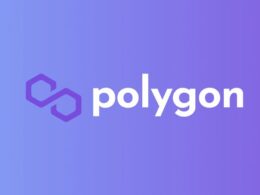