Different startups, such as Tezos, have been attempting to incorporate dApps into their functioning systems since the advent of blockchain technology.

Blockchain isn’t only for cryptocurrencies anymore. Rather, it serves as the foundation for decentralized applications (dApps). dApps employ protocols that do not need two parties to trust and function on a decentralized network.

Tezos Domains is a distributed, open, and extendable naming system based on the Tezos blockchain, according to information listed on their Tezos developer forum.

Its major goal is to convert a simple and usable pseudonym into a Tezos address and vice versa. This conversion is universal, ensuring that all blockchain stakeholders see the same address for a particular identity.

By leveraging Tezos domains, every user on the platform will link their Tezos address to a unique domain name (for example, everydaynft.tez) and get payments by simply typing that domain name.

All users will get ownership of their namespace when you register a domain and may establish as many subdomains as you like and utilize them for various reasons.

Finally, Tezos Domains allows wallets that create and show NFTs to display domains. As a result, domains will function as NFTs.

These will be FA2 compliant NFTs, which will be readily tradeable on OpenSea and any other FA2 compatible NFT marketplace once we have OpenSea integration.

Versum is a Tezos-based NFT platform and metaverse with a strong emphasis on aesthetics, user experience, and scalability.

The user interface is quite basic since it is based on art. It combines NFT and social platform characteristics to create a marketplace that emphasizes organic discovery, decentralized storage, and accessibility.

To find fresh stuff naturally, At Versum, the artists and boards you follow, as well as the tokens you like, help personalize your feed to what you want to see.

Tokens may be acquired using XTZ, which is the sign for the Tezos blockchain’s native coin. Swaps, auctions, and offers may be used to exchange these tokens later.

The platform will always require proof of your validation to participate in the minting process to protect artists from copyminters.

The platform has approximately $4.02K in total incoming value on dApps smart contracts with over 741 transactions at writing.

On the Tezos blockchain, fxhash is an open platform for creating and collecting generative NFTs.Anyone with a tezos wallet may mint their unique rendition of the Generative Token when an artist authorizes it.

Each iteration creates a unique piece recorded on the Tezos blockchain as an NFT. The NFTs are FA2 compliant, which means they may be traded anywhere in the tezos ecosystem like any other NFT.

The platform is in the beta stage, with a public release scheduled for later this March (Estimated time). Until then, users on the platform will have to keep to an OPENING/CLOSING cycle for the posting of new material until it is officially launched.

Platform costs for minting are now at 2.5 percent and will remain at that level during the test. These expenses are only for the storing of token data on the blockchain.

The FXH token is the native token of Fxhash, which has yet to be implemented at the time of writing. A major DAO token will be linked to it. And will get half of the fxhash platform fees.

Surprisingly, despite its brief time on the Tezos blockchain, fxhash has over $96.47K in total incoming value on dApps smart contracts, with around $14.93K transactions made at the time of writing.

Rafael Lima, the creator of Hic et Nunc, formally launched the company on Tezos on March 1st. Hic et Nunc is a live decentralized software that enables users to manage digital assets while acting as a public smart contract infrastructure on the Tezos Blockchain.

To get started, click “Sync,” approve the sync in your wallet, then fill out the information for your OBJKT. IPFS OBJKTs may be created and exchanged without the need for authorization.

The price should be put on the OBJKT, and accessible for purchase after the blockchain transaction is completed, and your wallet should show that you delivered that quantity of OBJKTs.

hDAO (Tezos FA2 Token) is a token for media governance issued using NFTs. Its goal is to make the platform a circular economy.

On the Tezos blockchain, you may presently trade hDAO for Tezos via Quipuswap or automated market-making decentralized exchanges (DEX).

Objkt.com is the most popular dApp on Tezos for auctioning and selling tokens across smart contracts, which comes as no surprise.

Its goal is to simplify the community to purchase and sell NFTs on Tezos by enabling price discovery and providing tools.

As of this writing, the platform has received over $282.29k in incoming value through dApps smart contracts, with over 10.07K transactions completed.

In Tezos, the highest bidder receives the price of an object, although the Highest Bid Auction might be canceled until a bid is put. Multiple tokens cannot, however, be auctioned in the same auction.

Anyone may construct their collections on the site, which are the FA2 contract in this instance.

The greatest thing is that you are not restricted to just one collection. You can make as many as you like as long as you are prepared to pay 2.5 percent for each successful transaction. 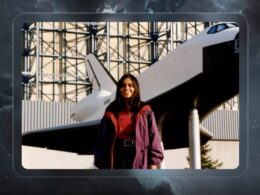 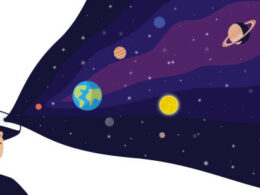 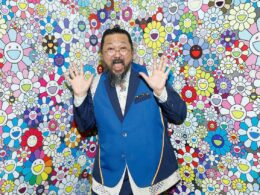 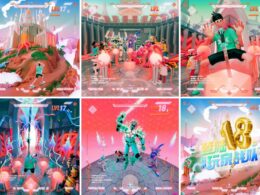