With so many blockchains in the market, there are many platforms to select from when developing Decentralized Applications (dApps).

Basically, a dApp is a blockchain version of an App (think Android, iOS). It is a piece of software or platform that expands the functionality of that blockchain.

Initially, almost all dApps were built on the Ethereum blockchain, it being the first and for a while the only blockchain to allow such.

However, the Ethereum network has in recent times become clogged with congestion and high gas fees, which has led to the emergence of other faster, cheaper blockchains.

Tron is one of them, and it has already attracted over 1000 applications built on top of it.

In this article, we look at the top 5 most popular ones, based on number of users and volumes traded.

You can also check out our previous article on the most popular DeFi dApps on the Ethereum blockchain.

Launched on the 7th of December, 2020, the TRON ecosystem is home to the first lending platform, JustLend.

Its primary goal is to create fund pools whose interest rates are decided by an algorithm based on TRON asset supply and demand.

Users on the platform can mine liquidity using JST, the network’s native TRC-20 token. Users can also earn interest by delivering the matching TRC-20 token and adhering to the necessary conditions.

A dual-token method is used in JUST. The first token, USDJ, is a stable coin tied to the US dollar 1:1. It’s made by pledging TRX on JUST’s CDP.

The other token, JST, is used to pay interest, maintain the platform, and vote in governance and other campaigns on JUST.

OXCASH is a wholly decentralized networking platform based on Smart Contracts that connects individuals from all over the globe. It was launched on the 15th of November, 2021.

The platform functions more like a smart contract, not an exchange, in which all of your assets are automatically held in your wallet, which you manage.

There is no administrative oversight or engagement from the organization because the smart contracts remain in perpetuity thus cannot be amended by anybody on the Tron Blockchain.

OXCASH Has 15 slots with 30 placements in each slot for its matrix. The cost of activating the slots is determined by the flexible matrix selected.

The first one costs 200 Trons, the second 400 Trons, and so on until the fifteenth slot is reached. Let’s break down the procedure into a few stages to show how it works:

On the fourth level, 25% of your previous investment will be utilized for rebooking, which will immediately fill a vacant spot for you as a trader. Everything is restarted on a new grid once rebooking is initiated.

Infinity Stones is a Defi ecosystem that runs on the Tron Blockchain and consists of two DeFi Tokens and three Farming contracts.

The native token, STONE, is based on the TRC20 standard. Staking TRX or TRC20 tokens with liquidity offer LP Tokens is the sole option to mine the token.

It will also distribute mining rewards equitably during the mining phase, depending on the quantity of staked TRx over time, as determined by intelligent contract execution.

The staked TRX will not be unstacked until the second of the month. Furthermore, business owners can control the community on their own.

TronSaving is another popular dApp on the Tron blockchain.

It describes itself as follows:

TronSaving is a Community of Traders, Investors, Developers and a place to put them together for a Safe and Long term Profit for All

TronSaving have lots of Amazing plans for it’s community
investors can double their money in less than a month if you Hold it and you can enjoy from 15% Referral rewards.

It is an Audited & Verified smart contract on Tron(TRX) Blockchain that aim to be sustainable in the long term.

Among its benefits are a fixed daily Return on Investment, a holding bonus, among others.

SunSwap V2.0 is now live, and it features improved functionality and experience, among other things, delivering convenience, optimal paths, low handling fees, and other benefits to users.

The second version is dedicated to the sustainable development of the SunSwap platform and the delivery of benefits derived from its growth to a broader community.

SunSwap is a TRON-based system that allows TRC20 tokens to be swapped and facilitates the exchange of any two TRC20 tokens at pre-determined values.

At the time of writing, there are over 1000 active dApps on the blockchain, with over 69 million users and 2.7 billion transactions. 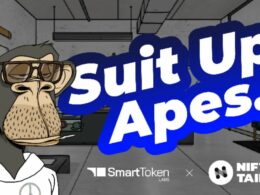 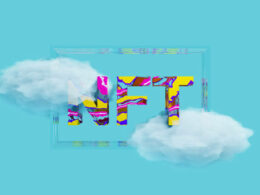 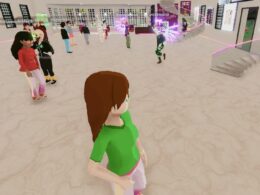